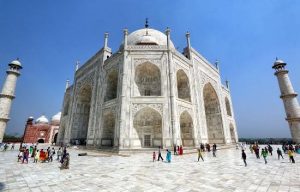 Probably, no other theme tour besides Golden Triangle Tour can provide you with a full-fledged glimpse of India’s royal and cultural heritage in such a short span. The journey covers three most popular tourist destinations in India- Delhi, Agra and Jaipur. The guests are provided with a slice of British, Rajputana and Mughal royalty on the same platter.

Arrive at Delhi International Airport meet Surya Reisedienst’s representative transfer to hotel. Check in at a hotel and overnight stay in hotel.

Note: – Taj Mahal will be closed on every Friday. 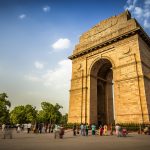 After noon drive to Agra. On arrive in Agra check into hotel. Freshen up and enjoy delicious dinner and cozy overnight at the hotel.

Morning after breakfast begins the full day sightseeing of Agra. Agra is the home of the Taj Mahal and the famous Red Rort. The Moghul Emperor Shah Jahan built the extravagant Taj Mahal as a mausoleum for his most beloved wife and was imprisoned in the Red Fort overlooking the Taj by his son until death. Both buildings are truly spectacular and Taj Mahal is now one of the wonders of the World. Overnight stay at the Hotel.

Surface: 240 km (Approx), 6-7 Hours
After breakfast, drive to Jaipur. En route visit the abandoned Mughal city of Fatehpur Sikri: built by Emperor Akbar in 1569, was the old capital of the Mughals, which was abandoned after 15 years due to scarcity of water. See the graceful buildings including the Jama Masjid, Tomb of Salim Chisti, Panch Mahal & other Palaces which are still preserved in its original glory. Evening arrives in Jaipur and check-in into the hotel. overnight at hotel.

After breakfast, visit in Amber Fort en route witness the façade of Hawa Mahal or the Palace of Winds which was built 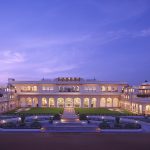 in 1799. Amber Fort – The ancient capital of the state until 1727 when Jai Singh decided to move from his hillside fortress at Amber to new site on the plains. The construction of this fort began in 1592 by Raja Man Singh, the Rajput commander of Akbar’s army. The fort is a superb example of Rajput architecture, stunningly situated on a hillside and overlooking a lake which reflects its terraces and ramparts. Visit the Jagmandir or the hall of victory glittering with mirrors, Jal Mahal & temple of Kali. Ascend on elephant back, the hill, on which the fort is situated.

Afternoon, Visit the Jantar Mantar the observatory built by Jai Singh in 1728; the City Palace which is a blend of Rajasthani and Mughal architecture. It also has a museum with an extensive collection of art, carpets, paintings, enamel ware and weapons dating back to the 15th century. Overnight stay in

After breakfast drive to International Airport to board the flight for your onward destination. Arrive home with wonderful memories of your tour escorted by Surya Reisedienst.